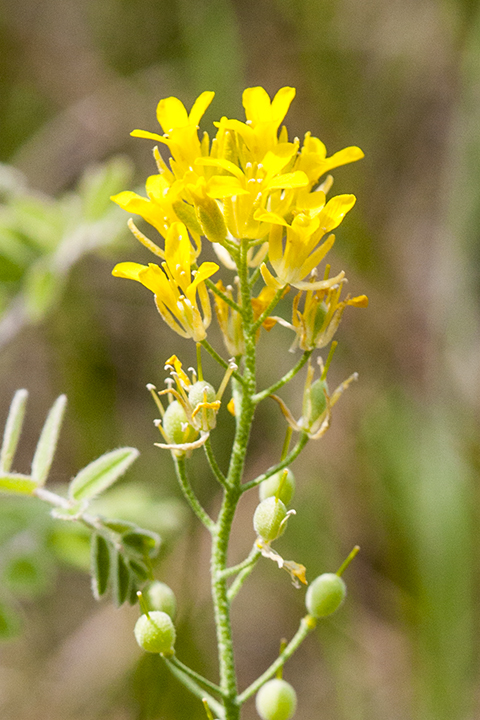 There are at least 78 species of bladderpod (genus Physaria) recognized in North America. Most of them are restricted to western United States. Only Louisiana bladderpod (Physaria ludoviciana) is found in Minnesota. The natural range of this plant is from Montana and North Dakota, south to New Mexico and Arizona, and north to Manitoba and Saskatchewan. In Minnesota it is found in full sun growing on sandy soil on steep, south-facing, weathered, dolomitic sandstone bluffs. Spring Creek Prairie SNA has one of the largest known populations. Most of the other populations are within the city limits of Redwing.

Louisiana bladderpod is is common in its natural range but is classified as endangered in Minnesota and Illinois, threatened in Wisconsin. The few known populations in Minnesota may have been transplanted by a seed dropped by a bird, or may have survived from a time when the central plains extended into the area long ago.

Louisiana bladderpod is identified by its narrow, unlobed leaves forming a basal rosette; yellow flowers; and inflated, hairy, more or less globe-shaped fruit. There are no similar species in Minnesota.