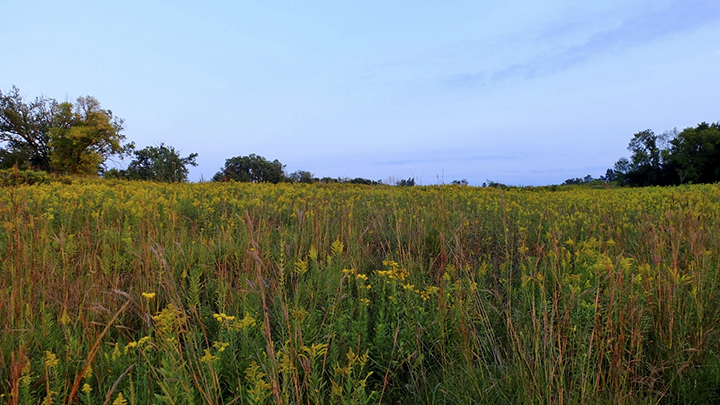 Pilot Knob is an historic site in Mendota Heights on the east bank of the Minnesota River. Two overlooks provide spectacular vistas of Fort Snelling, the Minnesota and Mississippi Rivers, and the Minneapolis skyline. A half-mile of paved and mowed trails include interpretive signs that describe the history of the site. The trail connects to Dakota County’s Big Rivers Regional Trail, a paved bike trail. Bald Eagles and migrating raptors are often seen flying overhead.

Pilot Knob is known to the Dakota as Oheyawahi, or “a hill much visited.” It served as a burial site for for Dakota Villages along the Minnesota River. It is here that the Dakota signed a treaty in 1851 that transferred millions of acres of land to the United States. The City of Mendota Heights acquired 25 acres on the hill in 2006. Overhead power lines were buried underground, brush was cut and removed, prairie was restored, and wildflowers and oak trees were planted.