Brickwork woodlouse (Porcellio spinicornis) is a large, exotic woodlouse. It is native to Europe, where it is widespread and common. It was introduced into North America, where it now occurs across southern Canada and in the United States from Maine to New Jersey, west to North Dakota and South Dakota. It is not uncommon in Minnesota.

Brickwork woodlouse favors dry areas with limey (calcareous) surfaces. It is found in limestone quarries, on limestone pavement, in loosely mortared walls, and often in human houses. It is active at night, when it can be found on the surface. During the day it remains concealed, often under a rock or log. 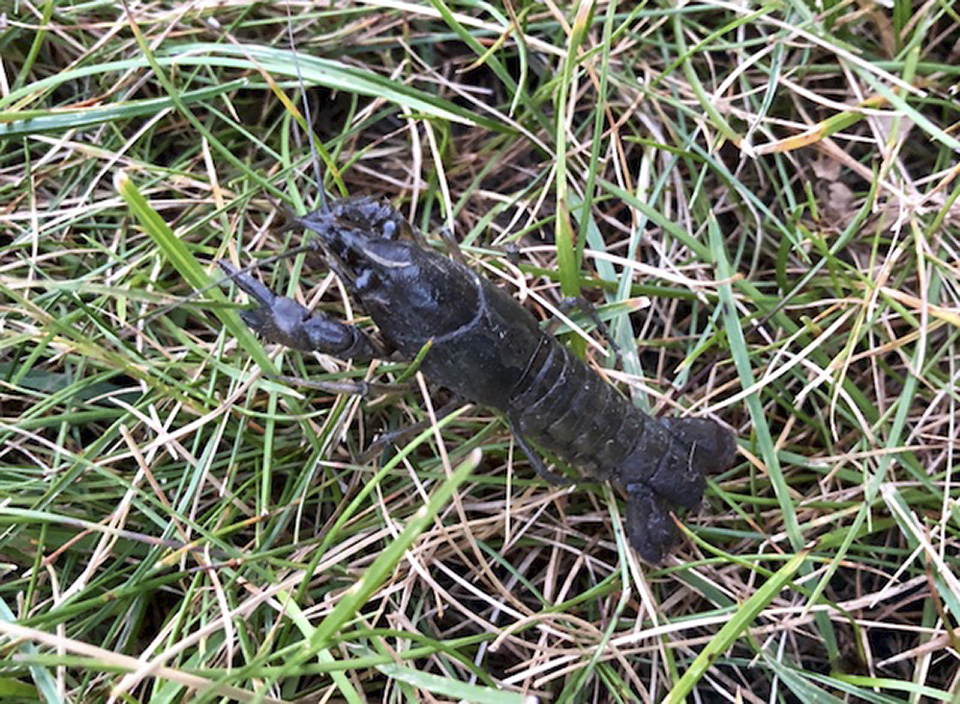 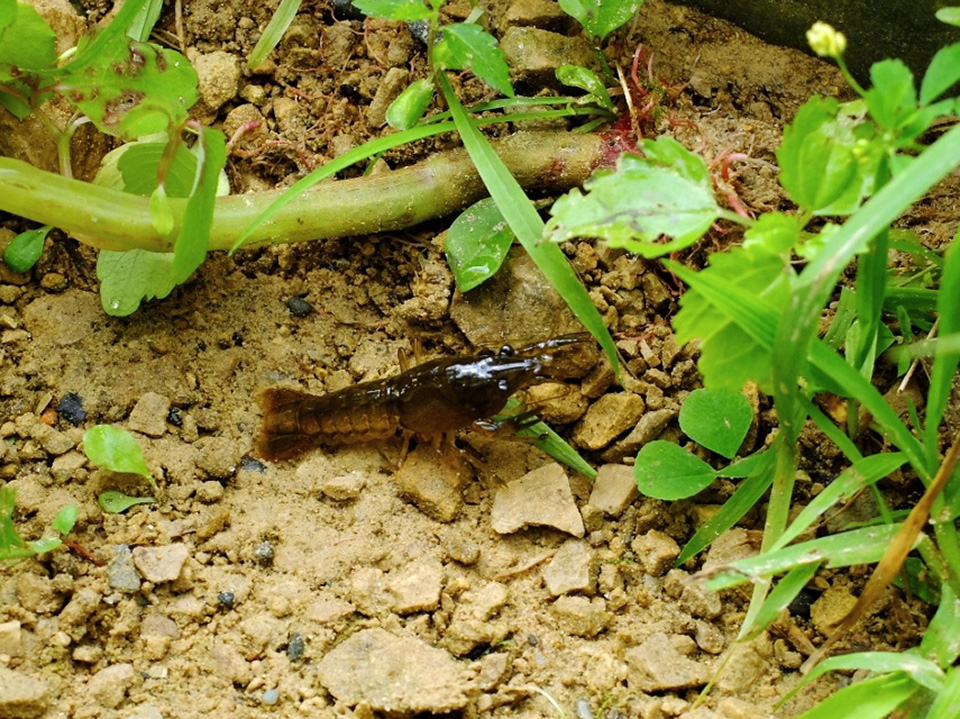 Virile crayfish (Orconectes virilis) is a medium- to large-sized freshwater crustacean. It is widespread and abundant across North America. It is native to central United States and Canada, from Quebec to Tennessee in the east, to Alberta and Colorado in the west. It is introduced and considered invasive outside of its native range from coast to coast.

Virile crayfish prefer streams with rocky bottoms, moderate flow and turbidity, abundant cover, and stable water levels. They often use rocks, logs, or other organic debris as cover. They occasionally dig burrows into muddy banks, especially when water levels are low. To survive the winter, they migrate to deeper water that does not completely freeze and they become inactive.

Virile crayfish are identified by the dappled, olive-brown body with pairs of dark brown splotches on the abdomen; the shape of the shield (carapace) covering the front part of the body; and the broadly flattened, usually bluish claws.