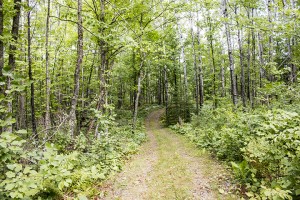 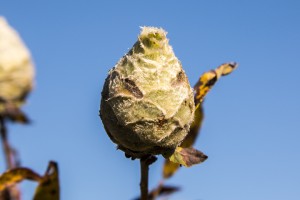 An abnormal growth (gall) on the stems, leaves, or buds of a plant can be formed by many insects, mites, and fungi. Willows are hosts to many parasitic insects, several of which form galls. Only willow pinecone gall midge (Rabdophaga strobiloides) forms a pinecone-shaped gall at the tip of a willow stem.

The adult midge is a small fly about 3 ⁄16″ long. It is most often identified by the large distinctive gall that houses the growing larva. The gall appears at the end of a willow stem. It consists of numerous, stunted, overlapping, loosely appressed, scale-like leaves. In the summer it is green, more or less globular, and densely covered with long, white, matted and tangled, woolly hairs. In the fall the cone turns brown and the shape resembles a pine cone. 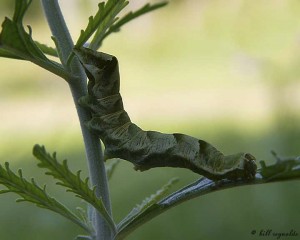 Hitched arches (Melanchra adjuncta) is a stout, medium-sized, night-flying, owlet moth. It is common in moist woods along river and stream banks, in woodland edges and openings, and in old fields. It is also often found in large gardens.

When at rest the forewings are held roof-like over the body. The forewings are dark gray mottled with black, greenish-brown and white. They have a white patch near the base (closest to the head), a small round white spot, a large white kidney-shaped spot, and a gray fringe. The hindwings are light grayish-brown but are not usually visible.

The caterpillar is light green or light brown with dark semicircular patches on the back (dorsum) and a conspicuous hump near the end of the abdomen.