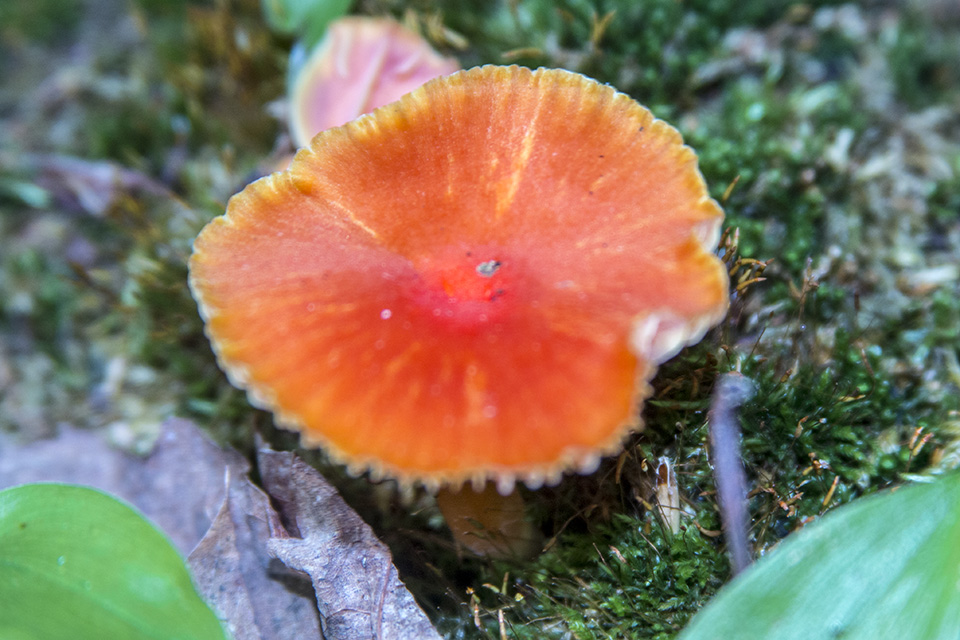 Orange-gilled Waxy Cap (Humidicutis marginata) is a medium-sized, easily identified mushroom. It is widespread in North America but not common in the Midwest and northeast. It grows on the ground in humus, sometimes on very rotten wood, in coniferous, deciduous, and mixed forests. It may be found singly, scattered, or in small groups. It is edible but insubstantial and watery.

Three varieties are recognized; var. marginata, with an orange cap; var. concolor, with a yellow cap, more common in the northeast; and var. olivacea, with a olive-colored cap, more common in the west. The variety in most common in Minnesota is identified by the bright orange color; the cap that appears watery when wet but is never slimy; and the orange gills that retain their orange color even long after the cap has faded to yellow. 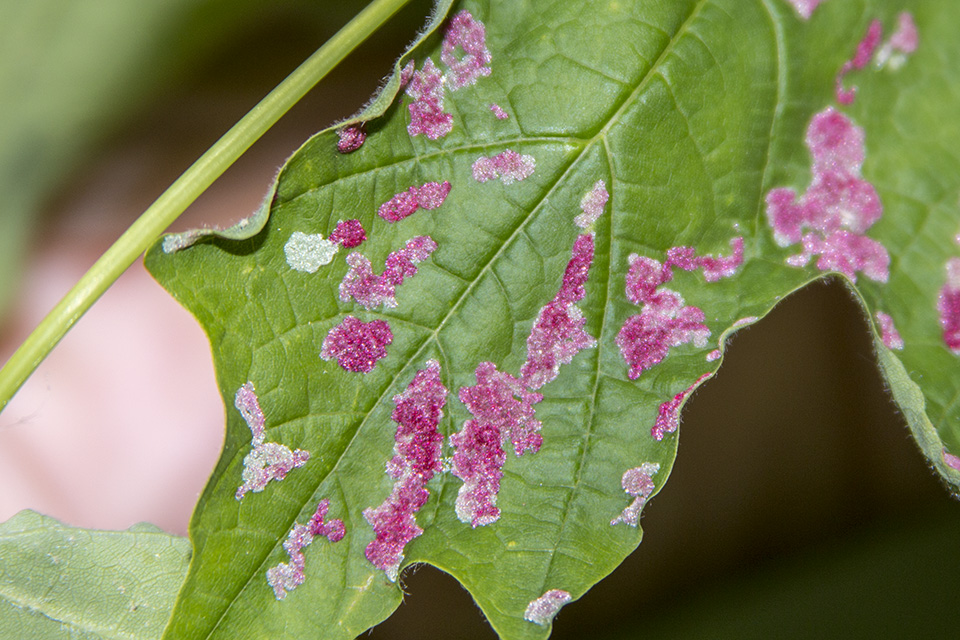 At only one tenth the width of a human hair in length, a crimson erineum mite (Aceria elongatus) is barely visible to the human eye unaided by magnification. Its claws, dorsal shield markings, and other identifying body features are not. Identification in the field is possible only by noting the properties of the abnormal growths (galls) it produces on its host.

Crimson erineum mite is a plant parasite infecting only sugar maple and possibly black maple. It is common in eastern United States and Canada. When injured by a mite, a leaf cell produces a small projection filled with colored fluid on the upper surface. Small patches of these are usually scattered over the leaf surface. They are greenish-white at first, soon becoming crimson or purplish. They reach their maximum extent, and are most noticeable, in summer. The infestation is sometimes abundant and can cause leaf distortion and premature leaf drop.