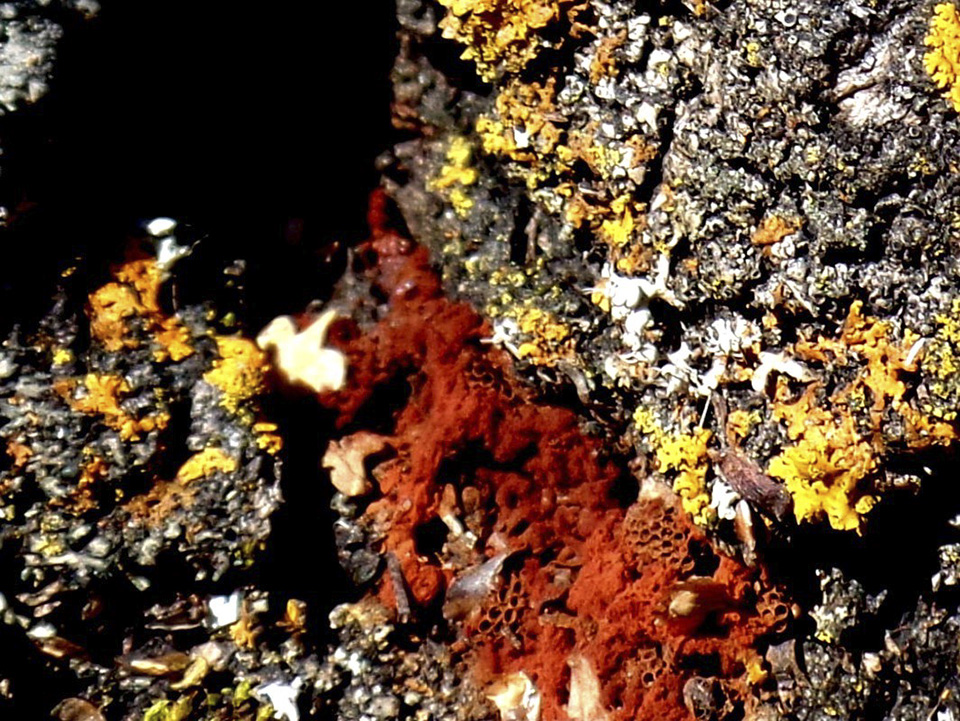 Wasp nest slime mold (Metatrichia vesparium) is common and widespread. It is found in Europe, Asia, Africa, Australia, and North and South America. In the United States it is common east of the Great Plains, including Minnesota, less common in the west. It grows in open forests on dead and rotting wood, especially hardwood.

The fruiting body may be attached directly to the substrate or rise in a densely crowded group of up to twelve on a common stalk. The individual spore-producing structures are dark red or reddish-purple to nearly black, less than ⅛″ in height, and about 1 ⁄32″ in diameter. They are mostly cone-shaped and have a convex, shiny, iridescent, lid on top. When mature, the lid swings open like a jack-in-the-box, and the red or rust-red interior expands outward. When this dries out, the spores are disbursed by wind. Eventually, the expanded portion disintegrates. What is left looks like the nest of a paper wasp, giving this slime mold its common name.