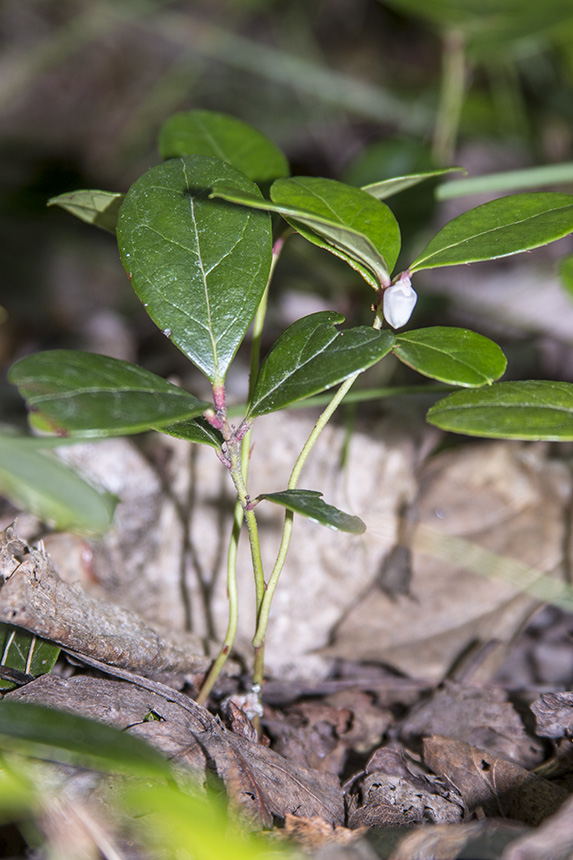 Wintergreen (Gaultheria procumbens) is a slow-growing, perennial, evergreen, 2″ to 8″ tall, dwarf shrub. It is common in most of its range from Maine to Minnesota and south along the Appalachian Mountains to Georgia. It is fairly common in northeast and northcentral Minnesota. It grows in dry or moist woodlands, in partial sun or light shade, in nutrient poor, acidic soil.

The upright stems of wintergreen are actually branches rising from a horizontal stem lying flat on the ground or buried just under the surface. Two to five shiny green leaves are crowded at the top of the stem, and one to three white flowers droop from the upper leaf axils. The flowers are replaced in September by bright red berry-like capsules. The leaves and berries are edible and have a minty, wintergreen fragrance and flavor.