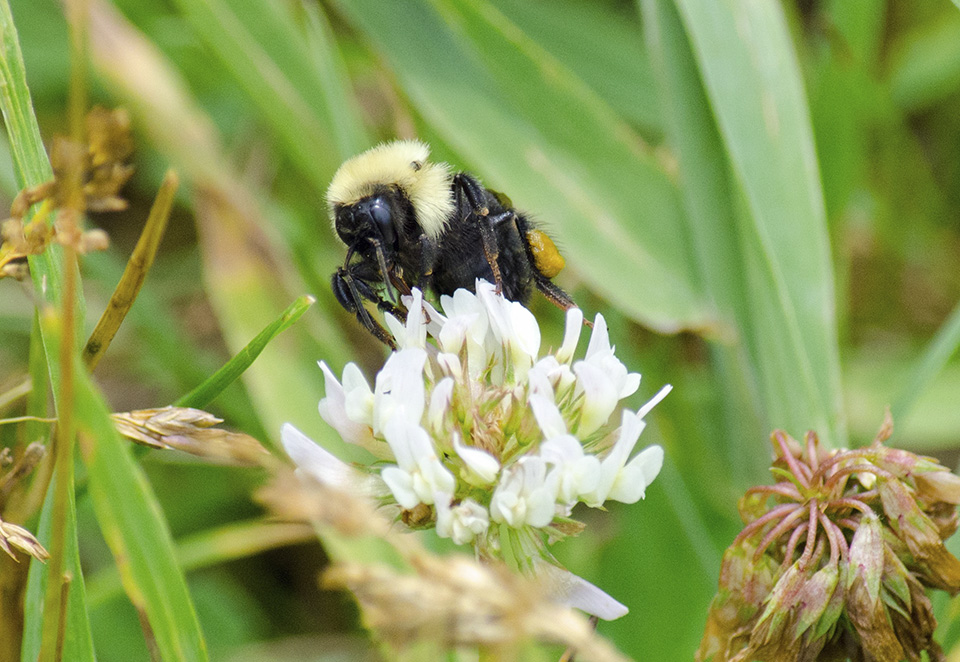 Two-spotted bumble bee (Bombus bimaculatus) is small, colonial bumble bee. It is common in eastern North America and in Minnesota. It emerges very early in the spring and is active until mid-summer.

Two-spotted bumble bee usually nests underground but sometimes in the cavity of a dead tree. Like other bumble bees, it will sting to protect itself or its nest. The stinger is not barbed and the bee can sting multiple times. It feeds on the pollen and nectar of flowers. It has a very long tongue that allows it to feed on nectar of plants with long corolla tubes.

Two-spotted bumble bee is identified by the thorax which is yellow except for a small, round, black spot in the middle; the first abdominal segment is entirely yellow, the second has a broad, yellow, W-shaped spot in the middle, and the remaining (on the female) are all black; and the hairs on the back of the head are yellow.