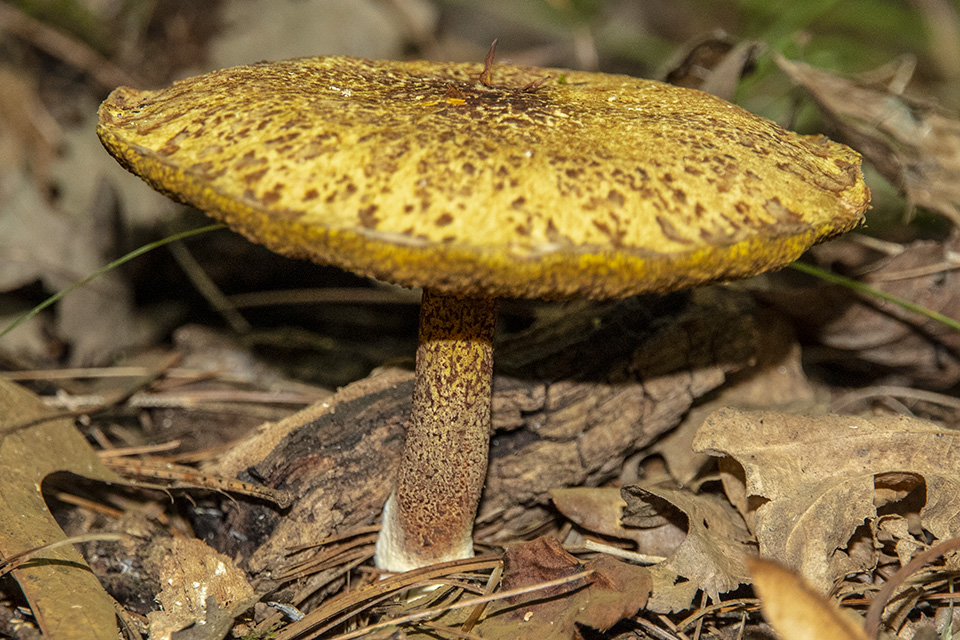 Chicken Fat Mushroom (Suillus americanus) is a widespread and very common “Slippery Jack” mushroom. It occurs in North America east of the Rocky Mountains. It is very common in the United States from the northeast to the Midwest, and in adjacent Canadian provinces. It is common Minnesota in the northeast, north-central, and metro regions. It grows on the ground, usually in groups but not clustered, exclusively under eastern white pine. It is found from mid-July to mid-September in mixed and coniferous forests and anywhere else its host is found.

When young, the cap is bright yellow, convex, and slimy. As it matures, the cap becomes broadly convex and sometimes has a small bump in the middle. The mature cap is sticky or slimy when moist, and frequently has reddish-brown scales, streaks, and/or patches, especially near the margin. The underside of the cap is a sponge-like pore surface.

Chicken Fat Mushroom is edible but the taste is not distinctive, and the cap becomes slimy when moistened. After removing the slimy skin and the spongy pore surface, there is little left to enjoy.