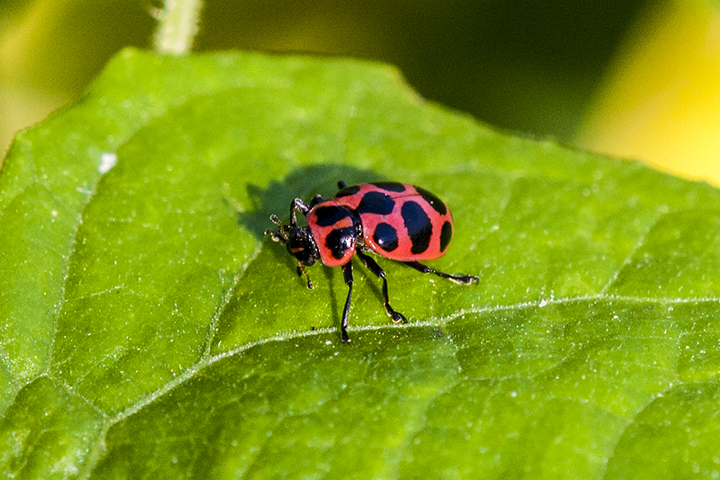 Spotted lady beetle (Coleomegilla maculata) is an elongated, pink, ladybird beetle. It is very common and widespread, probably the most common native lady beetle in eastern North America. It can be found from early spring to fall anywhere their prey are found. Almost 50% of its diet is flower pollen but it also eats aphids, adelgids, mites, insect eggs, and small insect larvae. In the fall adults congregate in large numbers to overwinter in a protected area beneath leaf litter and stones, often near crop borders.

This species is identified by the elongated body; pink background color; 12 black spots, 2 on the pronotum and 10 on the elytra; and head and femurs visible from above. There are three subspecies of spotted lady beetle. Coleomegilla maculata lengi is the most widespread and the only subspecies found in Minnesota.