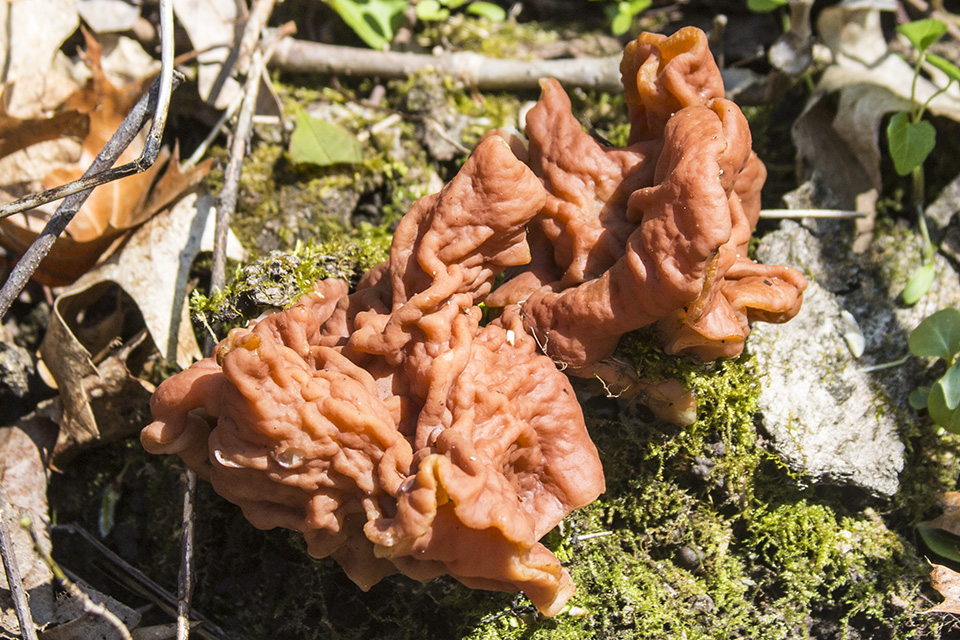 Snow Morel (Gyromitra gigas) is a common early mushroom in forests of North America. It is called a “false morel” due to its similarity in appearance and seasonality to true morels. It is found in the spring and early summer alone, scattered, or in groups, on the ground or on rotten wood, under coniferous or hardwood trees, often poking through leaf litter. It is saprobic, obtaining nutrients from rotting wood, and might also be mycorrhizal, having a mutually beneficial relationship with the tiny rootlets of trees. It may exhibit both traits at different parts of its life cycle.

Snow Morel is edible if sautéed but not edible when raw. Some authors suggest that it be avoided due to its similarity in appearance to the poisonous False Morel (Gyromitra esculenta).

Snow Morel is identified by the squarish, blocky, convoluted cap that is compact and rarely has projecting lobes; and the massive, ribbed or longitudinally wrinkled stem that is often mostly or completely hidden by the closely appressed cap.