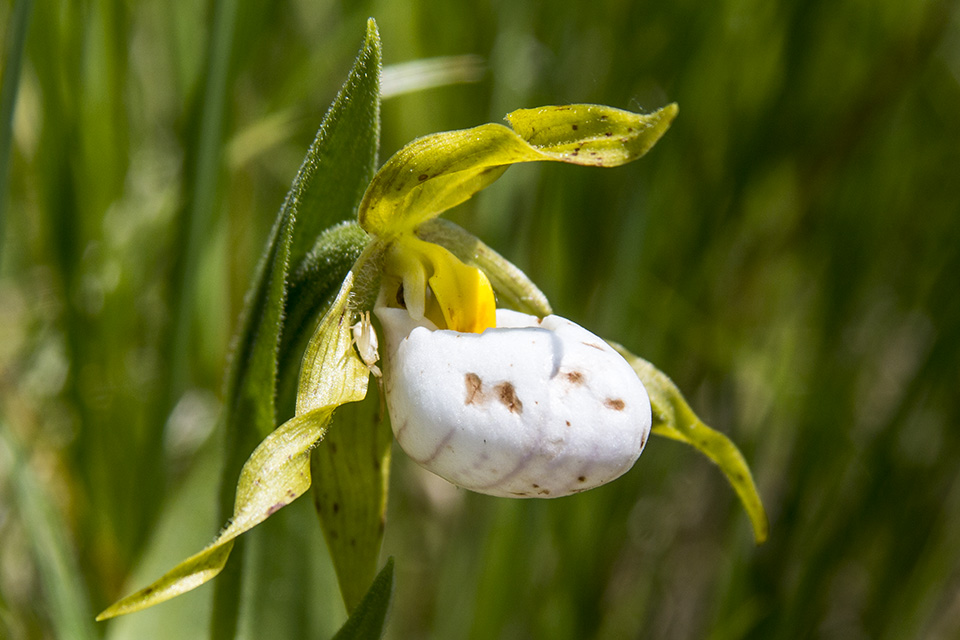 Many species of orchids are found in Minnesota prairies, but only three are prairie specialists: western prairie fringed orchid, Great Plains ladies’ tresses, and small white lady’s slipper. They all occur in lime-rich sediments deposited by glaciers and in clay-rich soils of glacial lake beds.

Small white lady’s slipper (Cypripedium candidum) is widely scattered but uncommon across the Great Lakes states to the Dakotas and adjacent Canadian provinces. Minnesota is the core area of the species and may have more individual plants than all other states and provinces combined. It is found in relatively undisturbed, high-quality prairies in the western, southern, and metro regions of the state.

Small white lady’s slipper produces small flowers that are easily overlooked. The best time to see it in bloom is … right now, the last week of May in southern Minnesota and the first or second week of June in the north. 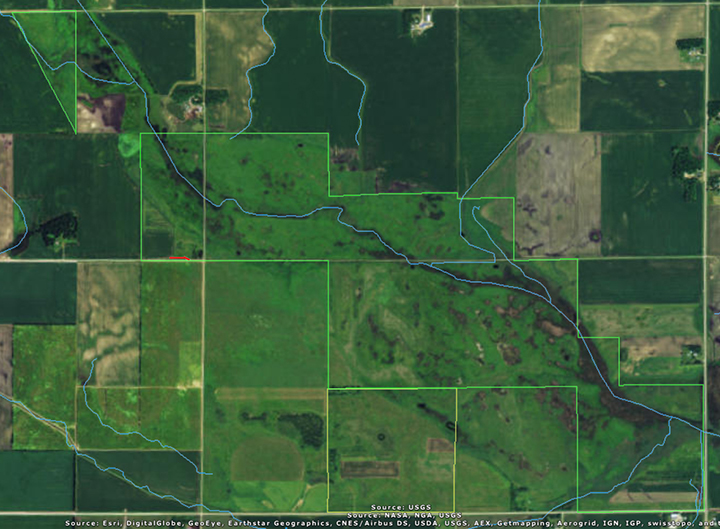