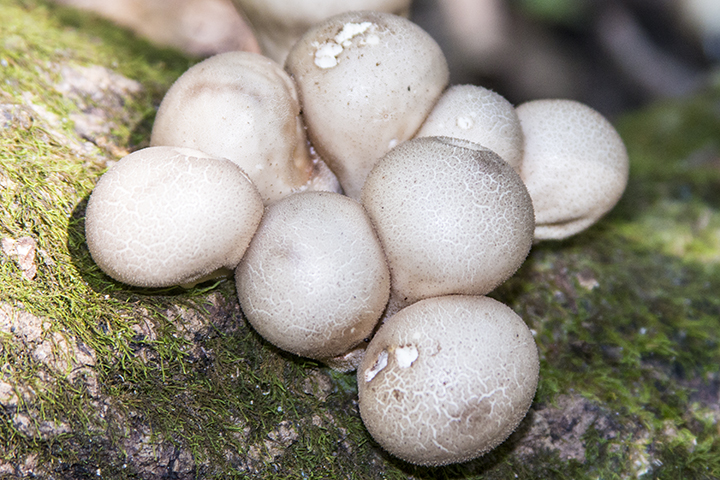 Pear-shaped Puffball (Lycoperdon pyriforme) is a small, common and widespread, pear-shaped puffball. While not the best known puffball, it is the most common one in northeast and Midwest North America. Unlike most puffballs, it grows on rotting wood. It is usually found in dense clusters on rotting logs or stumps. The clusters have been described as sometimes “as large as a loaf of bread.” The fruiting body is pear-shaped, up to 2″ tall, and sometimes almost as wide. It is edible when young and firm inside but relatively tasteless, becoming bitter with age.

Pear-shaped Puffball is distinguished from similar puffballs by its well-developed base; small size; habit of growing on rotting wood, not on the ground; conspicuous white threads at the base; and microscopic features of the spores.