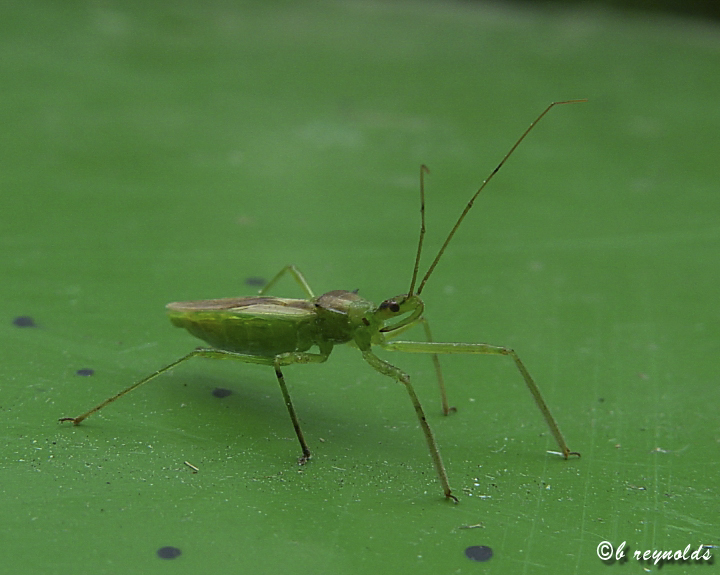 There are five Zelus species native to North America. Pale green assassin bug (Zelus luridus) is the most common. Due to variation in body color, this species has often been misidentified in the past as Zelus exsanguis. However, that species is very rare. With the exception of a single collected specimen, all sightings of Zelus exsanguis in the United States should probably be recorded as Zelus luridus.

Pale green assassin bug is an elongated, ½″ to 11 ⁄16″ long, nearly parallel-sided true bug. The overall body color is usually pale green, the color of a Granny Smith apple, but may be yellowish-green, yellow, or reddish-brown. Its beak is short and curved. When at rest it is tucked into a groove between the forelegs.

Pale green assassin bug is distinguished by its color; a spine at both rear corners of the pronotum; and a band at the end of the femur that may be dark or red and conspicuous or barely visible.