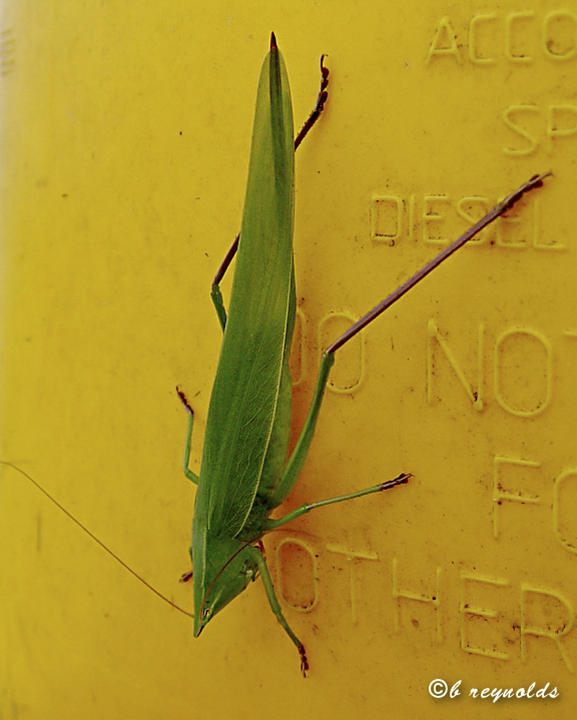 Sword-bearing conehead (Neoconocephalus ensiger) is a common, large, meadow katydid. It is often heard at night but seldom seen in daylight. During the day it perches head down on the lower stalk of vegetation with only its wings and hind legs visible, appearing like a grass blade. At night the female can be found near a calling male feeding on the seed head of a grass plant.

Aside from its song, sword-bearing conehead is identified by the long wings and antennae; the rounded “cone” at the top of the head that is separated from the head by a gap; the narrow yellowish edging on the thorax and the front wing; and the curved, sword-like ovipositor on the female.