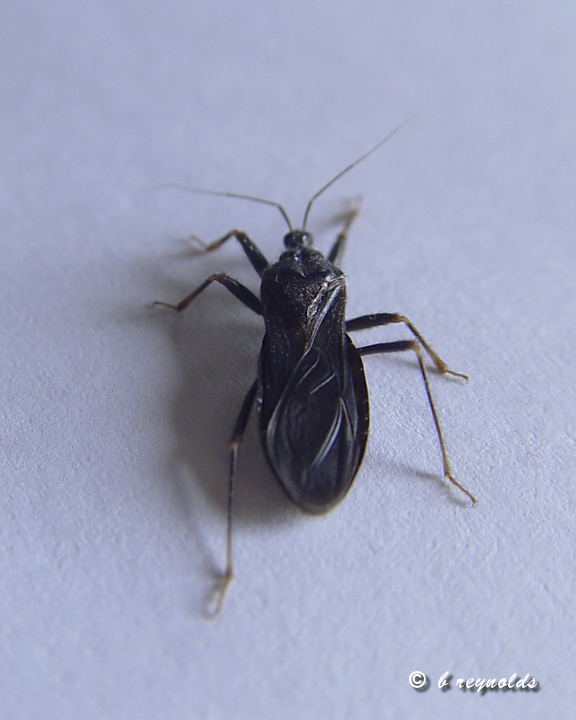 Masked hunter (Reduvius personatus) is native to Europe and was accidentally introduced into North America. It is now common in eastern and central North America, including Minnesota, but has been reported across the continent.

Masked hunter inhabits woodlands but is often found in human homes. It eats bed bugs and other small insects, spiders, centipedes, and millipedes. It is active at night and hides during the day. If handled or trapped between clothing and skin, it can deliver a painful bite. The swelling and stinging from the bite will last up to a week.

At ⅝″ to ⅞″ in length, masked hunter is much larger than any otherwise similar assassin bugs in North America.