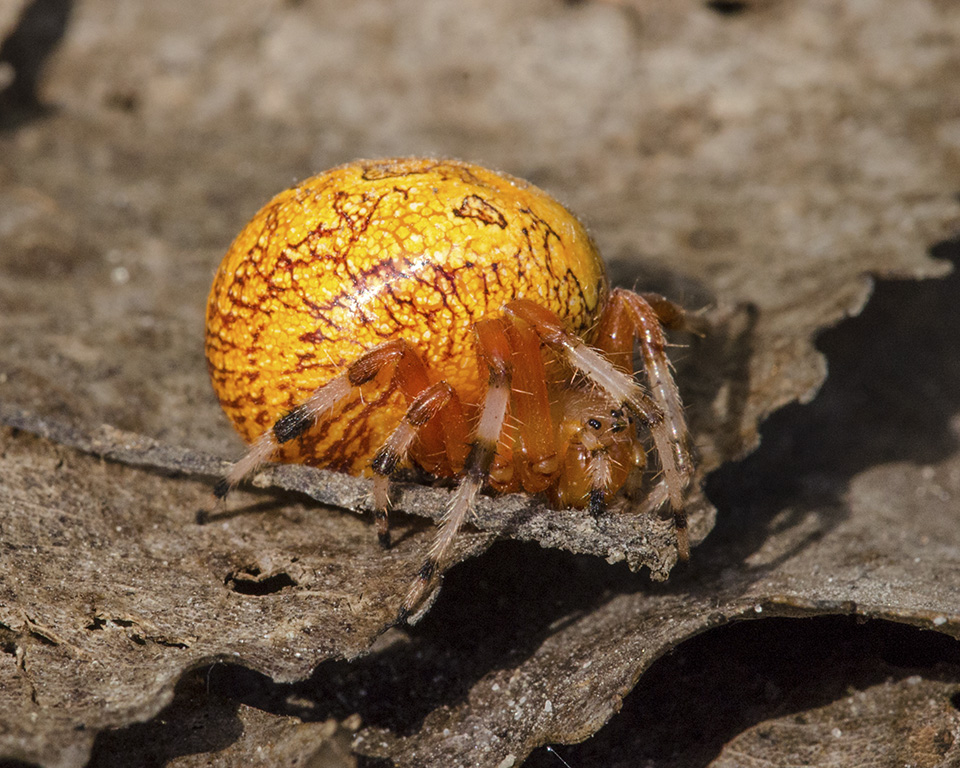 Orb weaver spiders (Aranidae) is the third largest family of spiders. There are about 3,100 species in 169 genera worldwide. They spin a large circular web that hangs vertically. This web is called an “orb”, which gives this family its common name.

Marbled orbweaver (Araneus marmoreus) is a medium-sized orb weaver spider. Females are about twice the size of males. They are highly variable in appearance, but all have a light colored abdomen with black, gray, and white markings, at least at the front edge, that give them a marbled appearance.

The marbled orbweaver orb is a closed hub, 20″ to 30″ in diameter, with 15 to 35 spokes (radii) that are not sticky. The radii extend to the center of the hub and are connected to each other by sticky threads that spiral outward from the center. The spider also makes a retreat out of silk near one edge of the orb. The retreat is connected by a signal thread to the center of the web, allowing the spider to feel vibrations of prey. The web is usually consumed and a new web constructed each evening.