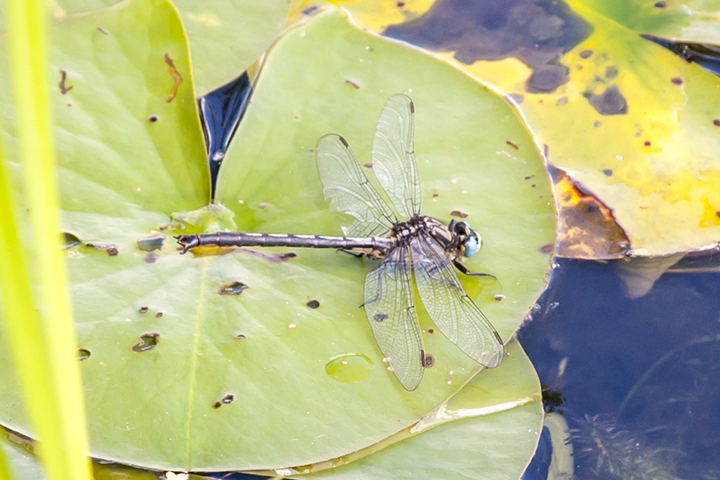 Lilypad clubtail (Arigomphus furcifer) is an uncommon, early season, medium-sized, pond clubtail. It is a northeastern species, occurring from Maine and northern Virginia to most of Wisconsin. Its range barely extends across the border to Minnesota. It is found from late May to early August by marshy ponds, lakes, and slow streams with submerged vegetation and brushy shores. It often perches on lilypads, a behavior that gave this dragonfly its common name, but it also perches on other floating vegetation, small trees, and sometimes on the ground.

Lilypad clubtail is identified by its azure blue eyes; narrow abdomen only slightly clubbed; long narrow spots on the top of all abdominal segments except 8 and 9; bright orangish-brown patches on the sides of segments 8 and 9; legs that are all black; and the area at the top of the head straight across or slightly convex.