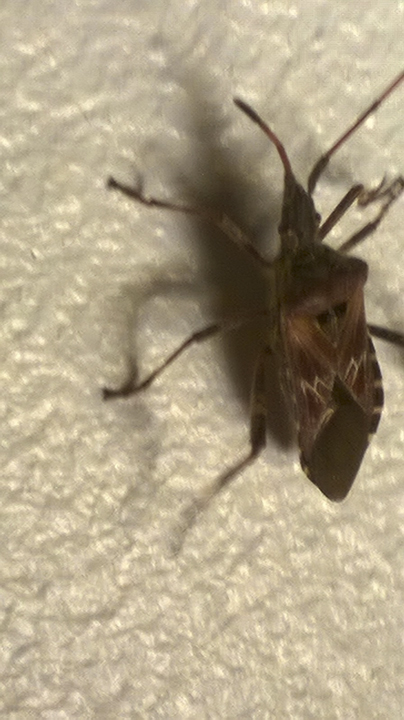 Western conifer seed bug (Leptoglossus occidentalis) is a common and widespread true bug. The “western” in the common name is misleading. This insect is found from coast to coast in North America, and has been introduced and is spreading in Europe. It can be seen in spring and summer on pine, hemlock, spruce, and fir trees, but is most often encountered in the fall, when it seeks shelter for the winter in human dwellings. Like stink bugs it squirts a foul-smelling chemical from the side of its body when handled.

Western conifer seed bug is distinguished by exposed, striped sides of the abdomen; and fourth leg segments that are lance-shaped, unscalloped, equal in length, less than 70% of the length of the tibia, and the outer dilation is slightly wider than the inner.