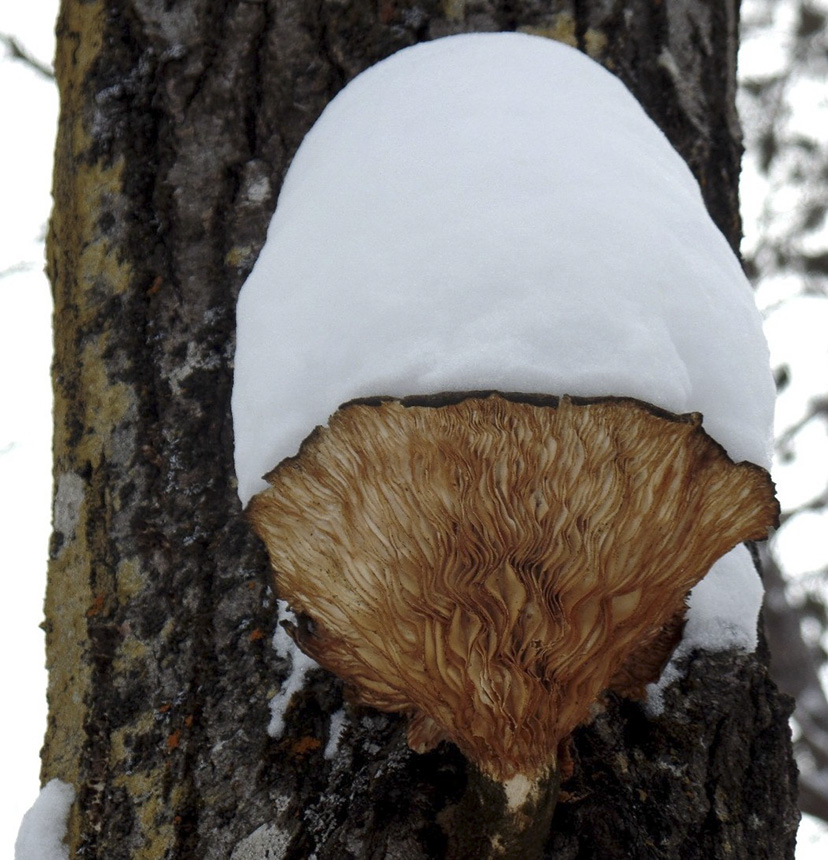 Gilled Polypore (Lenzites betulina) looks very much like a Turkey Tail but the pore surface on the underside has gills. It is widespread across Europe, Asia, and North and South America. In the United States it is very common from the East Coast to the Great Lakes states, south to Texas, and on the West Coast. It is less common in Minnesota where it is at the western edge of its range. It is found usually in overlapping rows or columns on logs and stumps of a wide variety of hardwoods, especially oak and willow.

The name Gilled Polypore sounds like an oxymoron but accurately describes this mushroom. The fruiting body is a small, fan-shaped to nearly round, shelf-like bracket. The upper surface is concentrically zoned with varying textures and and colors, and is densely hairy. The gills are white when young but darken as they age. The flesh is thin, tough, and inedible.