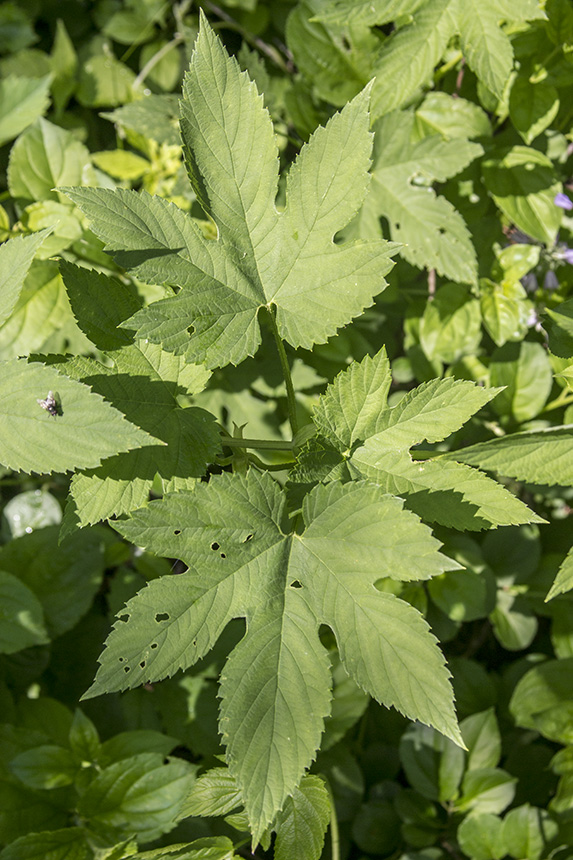 Japanese hop (Humulus japonicus) is an invasive, prohibited noxious weed in Minnesota. It can form dense mats several feet deep covering and inhibiting the growth of all other vegetation. It is relatively new in the state. The first recorded sighting was in 1992. To date, it has been reported in just four counties in the southeastern corner of the state, and in Hennepin and Scott Counties in the metro area.

Japanese hop closely resembles the native common hop (Humulus lupulus). Japanese hop is distinguished by the leaf stalk that is as long or longer than the blade; the leaf blade that has 5, 7, or 9 lobes and is rough to the touch on the underside; the stiff hairs on the margins of the bracts on the fruiting structure; and the lack of stalked, yellowish glands on the fruiting bracts, anthers, and seed capsules. Also, unlike common hop, the fruiting structure is not fragrant when crushed, and it cannot be used for making beer.