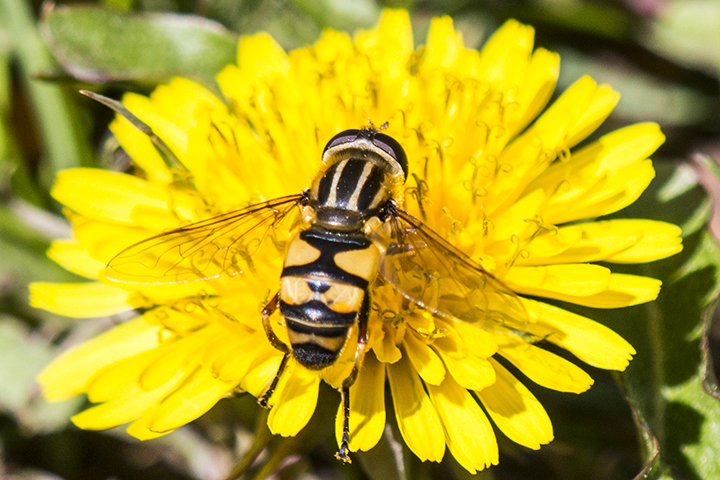 There are about 6,000 species in 200 genera of hoverflies. They are often seen hovering at flowers, hence their common name. Few of them merit a unique common name. Our species, Helophilus fasciatus, though fairly common, is not one of these, so we will call it “hoverfly” followed by its scientific name.

This hoverfly is robust and medium-sized, ⅜″ to ⅝″ long. It can be seen from late March to early October. Like many hoverflies, it is somewhat bee-like in appearance.

The genus Helophilus is identified by the striped thorax, on the wing the marginal cell open and the pterostigma lacking a cross vein, and the absence of a spur on the femur of the hind leg. Our species is distinguished by relatively narrow abdominal stripes, the narrowed area at the top of the head of the male, the all black hairs at the top of the face of the female, the space between the eyes narrower than the width of the pair of swellings at the base of the antennae, and the amount of black markings on the legs.