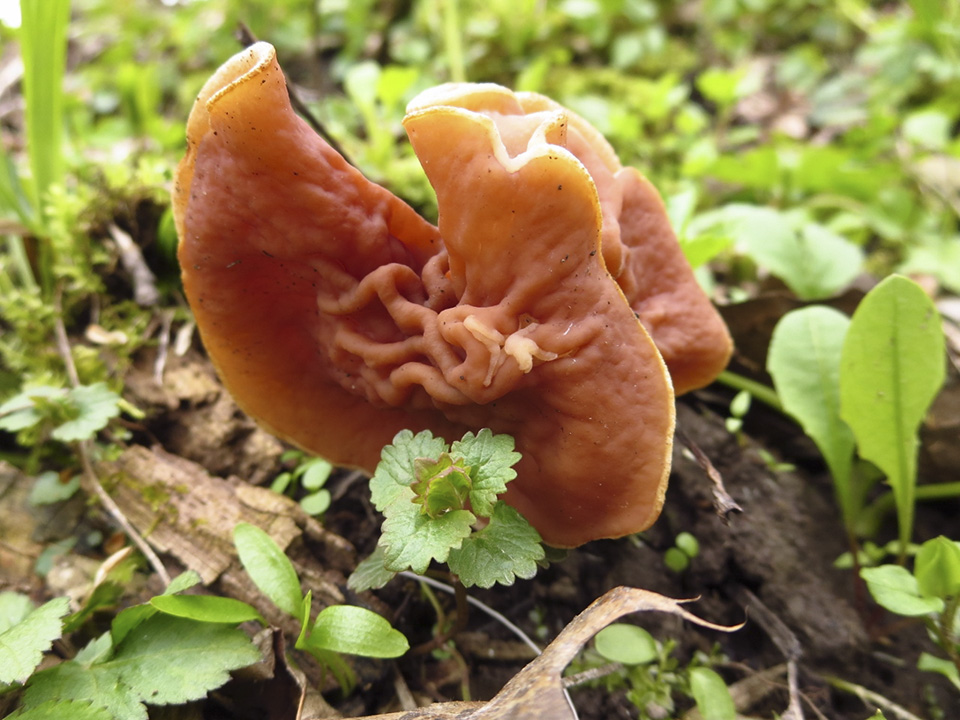 Morel mushrooms (Morchella spp.) are some of the best known and most sought after wild mushrooms in North America. They are particularly abundant in the upper Midwest. They are edible, considered delicious, and are hunted for in deciduous woodlands every spring. False morels (Gyromitra spp.) look superficially similar and appear at the same time of year in roughly the same areas. However, false morels are poisonous. They contain the chemical gyromitrin, which is metabolized in the body into a volatile chemical used as a rocket propellant.

Gabled False Morel (Gyromitra brunnea) is the most common false morel in Minnesota and Wisconsin. It is found in the spring, alone or in groups, on the ground under hardwood trees. The cap is tan to reddish-brown, 2″ to 4″ wide, and loosely wrinkled. It is usually saddle-shaped or winged, divided into 2 or 3 strongly projecting lobes that are fused to each other.