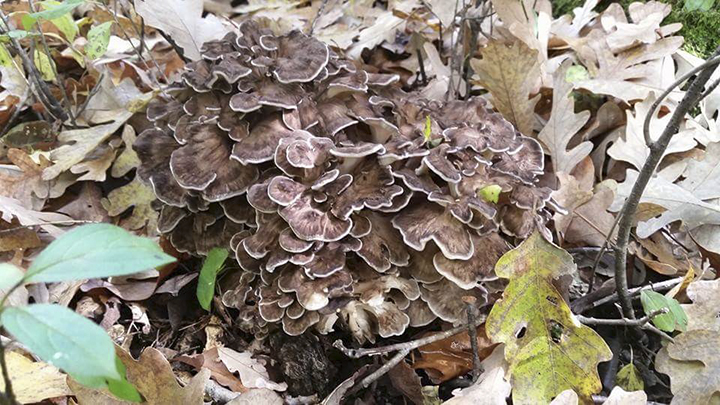 Hen of the Woods (Grifola frondosa) is one of the most easily recognized polypores of eastern North America. The numerous, overlapping, smoky-brown caps are reminiscent of a fluffed-up chicken, giving this mushroom its common name. It is found in deciduous woodlands, especially woodland edges, usually at the base of a dead or dying tree or stump. It appears in summer and fall as a large cluster of rosettes of numerous small, overlapping, fan-shaped caps rising from a single base. Tender young caps are edible after long, slow cooking.

Hen of the Woods is distinctive in appearance. A closely related species, Grifola umbellata, is similar in appearance but the caps are larger and lighter in color, and are attached near the center, not at or near the side. It is much less common.