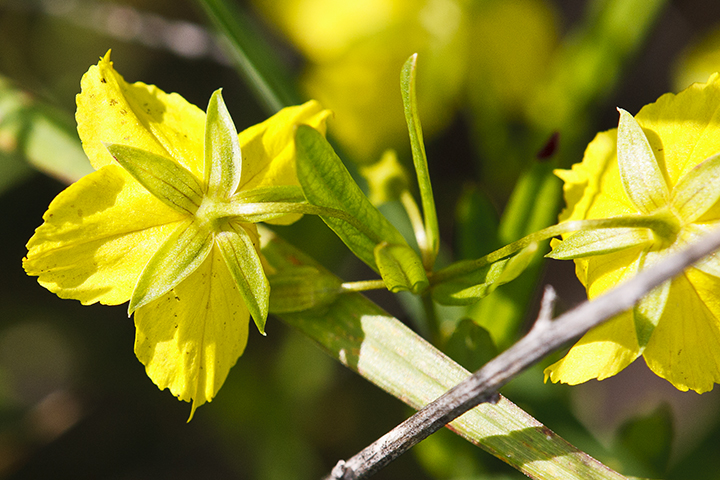 Four-flowered yellow loosestrife (Lysimachia quadriflora) is a slender, non-woody, flowering plant. It is common in moist and wet prairies across eastern North America. In Minnesota it is found throughout the state except for the Arrowhead region.

When not in flower, the foliage of four-flowered yellow loosestrife is easily overlooked among the taller prairie grasses. The stem is slender and the opposite leaves are narrow, up to 3½″ long but no more than ¼″ wide. The flower arrangement often appears as a whorl of four flowers, each one pointing in a different direction and nodding at the end of a slender stalk. In late summer the flowers are replaced by a shiny, globe-shaped, seed capsule with a long sharp spine at the tip. The capsule ripens in the fall.