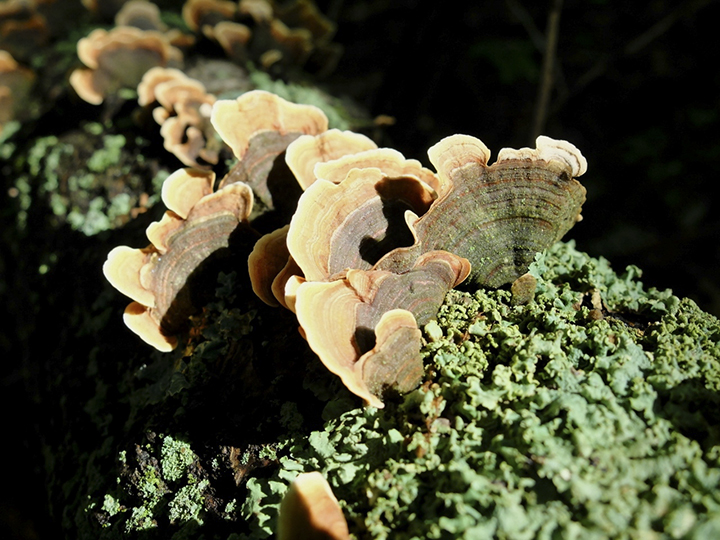 False Turkey Tail (Stereum ostrea) is an extremely common and widely distributed, wood decaying, bracket fungi. It is found on logs and stumps of dead hardwood trees, especially oaks. It appears as individual, overlapping, thin, semicircular or fan-shaped brackets. The upper surface is densely hairy and concentrically zoned dark reddish, orange, yellowish, brown, and buff. The under surface is smooth or slightly bumpy, with no layer of pores or tubes. Older caps are usually buff or gray above, gray or whitish below, and often greenish or blackish due to being partially covered with algae.

False Turkey Tail can be easily mistaken for the more common Turkey Tail (Trametes versicolor). That species has brackets that often fuse into overlapping rosettes. The underside of the cap is covered with a layer of spore-bearing pores.