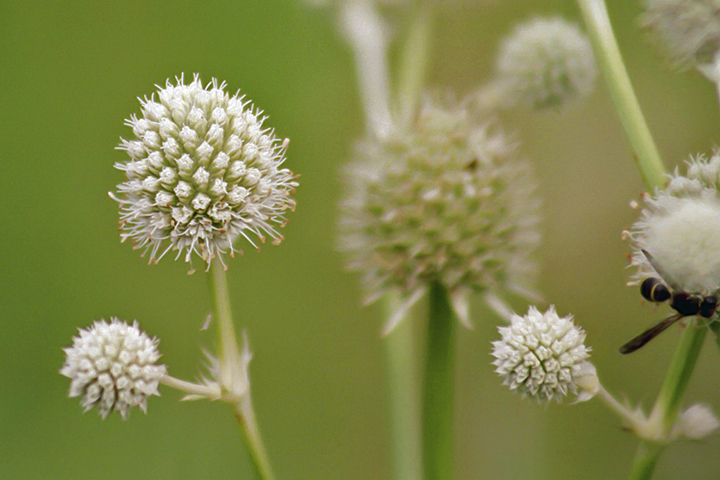 Rattlesnake master (Eryngium yuccifolium var. yuccifolium) is a common plant of native tallgrass prairies in the eastern United States. Southeastern Minnesota is the northwest extent of its natural range, but very little tallgrass prairie remains in the state. This habitat loss led the Minnesota DNR to list it as a special concern species in 1984.

The common name is derived from its traditional use by Native Americans to treat rattlesnake bite. The plant was also used as a diuretic, a sedative, a pain reliever, a tonic, and for cordage.

This plant is easily identified. The waxy, bluish-green stem and foliage; stiff, grass-like leaves with widely scattered spiny or thread-like teeth; and white, spherical flower heads, combine to create a unique appearance. There are no similar species in Minnesota.