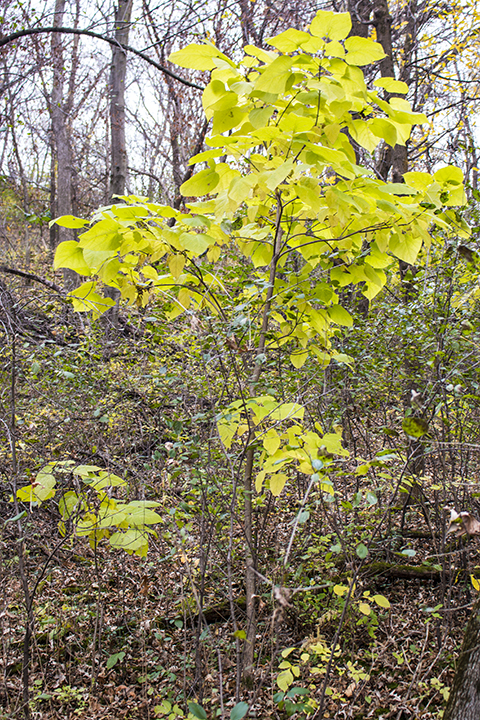 Northern catalpa (Catalpa speciosa) is occasionally seen in suburban front yards but rarely seen in natural areas in Minnesota. That may soon change. Prior to European settlement the range of northern catalpa had contracted to a small area around the confluence of the Mississippi and Ohio Rivers. In the 1930s and 1940s it was widely planted as a windbreak and cultivated for fence posts in Ohio. It is still sold and planted as a shade tree and ornamental because of its large leaves and showy flowers. It has now become naturalized from Kansas to Virginia north to southern Michigan and southern Wisconsin. Its range continues to spread and now includes almost all states east of the Rocky Mountains. In Minnesota it is not fully established but is locally naturalized. It is hardy up to zone 4, which includes the southern half of the state. 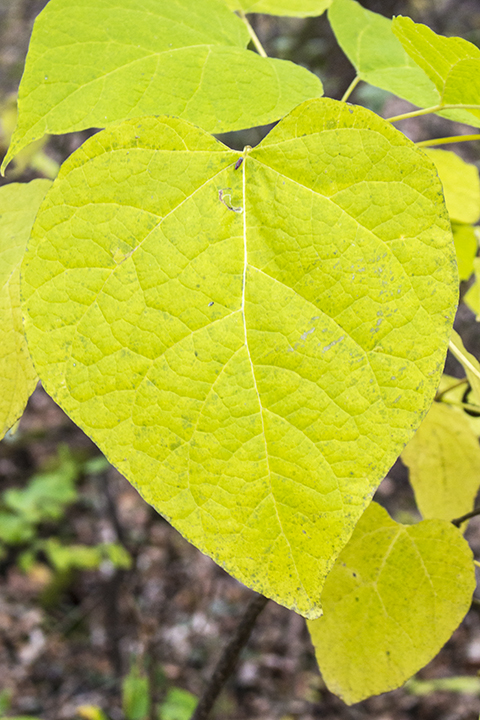 Northern catalpa is a medium-sized, moderately fast-growing, moderately short-lived, deciduous tree. It has very large heart-shaped leaves arranged in whorls of three. From May to June it produces large, showy clusters of white flowers. The flowers are fragrant but inhaling their aroma may be poisonous to some individuals. The flowers are replaced in late summer by long, thin, pencil-shaped seedpods. In autumn the leaves turn pale yellowish-green and fall before turning yellowish-brown.

Chinese catalpa (Catalpa ovata) is also found in Minnesota. Northern catalpa is distinguished by unlobed leaves that are densely short-hairy on the underside, larger flowers, and relatively thick-walled seedpods.