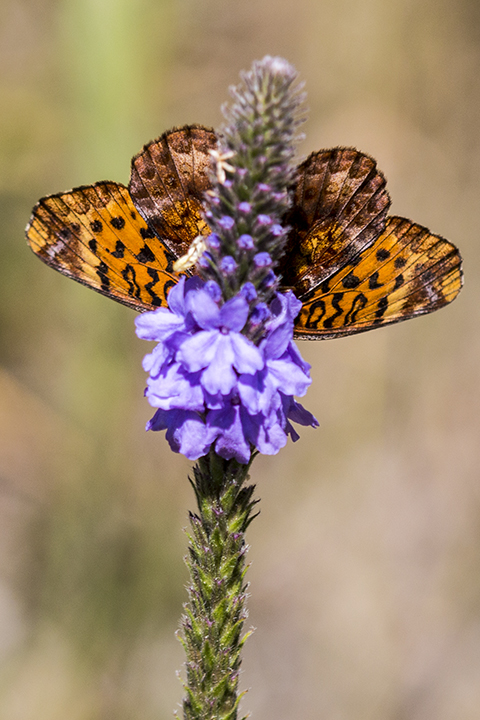 Meadow fritillary (Boloria bellona) is the most common and the most widespread of the lesser fritillaries. It is found from mid-May to mid-September throughout Minnesota in sedge meadows, grassy fields, hay fields, pastures, and roadsides. Males can be seen patrolling low over grassy areas with a slow, zigzagging flight during the day.

Adults feed on the nectar of flowers, mostly those in the Asteraceae family, and especially those with yellow flowers. Caterpillars feed on common blue violet, small white violet, and Canadian white violet.

Meadow fritillary is a medium-sized brush-foot butterfly. It is identified by the squared-off wing tip; the upper side of the wings lacking chevron-shaped, inward-pointing spots and usually lacking a black marginal line; and the underside of the wings having a pale purplish sheen on the outer half and lacking the white or silver spots found on most lesser fritillaries.