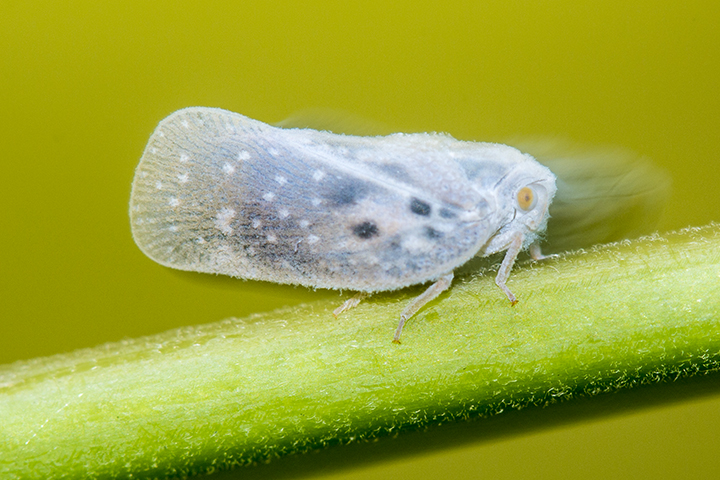 A planthopper is an insect in the superfamily Fulgoroidea that resembles a leaf in its environment. It often hops, like a grasshopper, for transportation, but usually walks slowly to avoid detection. There are more than 12,500 planthopper species worldwide.

Citrus flatid planthopper (Metcalfa pruinosa) is native and very common in eastern North America. It has been introduced into southern Europe and is now an invasive species of concern in orchards and vineyards there. It feeds on a wide variety of woody species including maple, elm, willow, black locust, dogwood, hawthorn, elder, grape, and raspberry.

The body of citrus flatid planthopper is flattened laterally, giving it a wedge-shaped appearance when viewed from above. The wings and body are moderately to densely covered with a mealy, bluish-white, waxy powder. When at rest, the wings are tent-like, almost vertically, over the body. There are two dark spots on the basal half of each forewing.