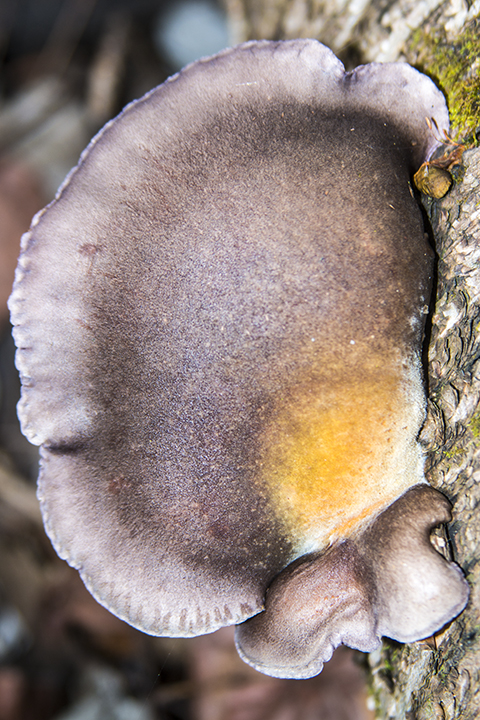 Late Oyster Mushroom (Panellus serotinus) is common, widespread, and aptly named. It appears in the late fall with the onset of cold weather. It is found singly or in overlapping groups on the trunk or a large branch of a dead and decaying tree. It usually occurs on a hardwood, especially black cherry, but occasionally also on a conifer.

There is often no stalk. When there is a stalk it is short, thick, and attached at the side. The cap is kidney-shaped or semi-circular. It is downy and often flushed with violet when young, becoming hairless and olive-green to yellowish-green as it ages, eventually turning yellowish-olive or light brown when mature. The edges are curled under at first but flatten out with age. The gills are yellowish or orangish but fade with age. It is edible but has a mediocre taste and becomes bitter as it ages.