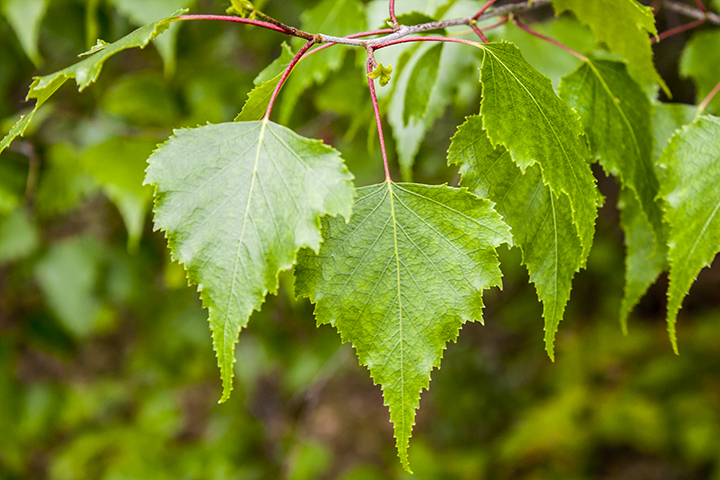 Gray birch (Betula populifolia) is native to eastern United States and Canada as far west as Illinois. It has been recorded in Minnesota only twice, once in Anoka County in 2013 and again in Itasca County in 2015. In its native range it is an early successional tree colonizing burned areas, abandoned pastures, road cuts, and other disturbed areas.

Gray birch is one of the smallest trees in the northeast, usually no more than 30′ tall and about 6″ in diameter at breast height. It is short-lived, seldom surviving more than 50 years. The resemblance of the leaves to those of quaking aspen (Populus deltoides) is the source of the species name populifolia.

Gray birch is easily identified by the aspen-like triangular leaves with flat bases and long, drawn-out tips. It is also distinguished by grayish-white bark that does not easily peel; dark triangular patches at the base of each branch and branch scar; and male catkins that occur individually, not in groups.