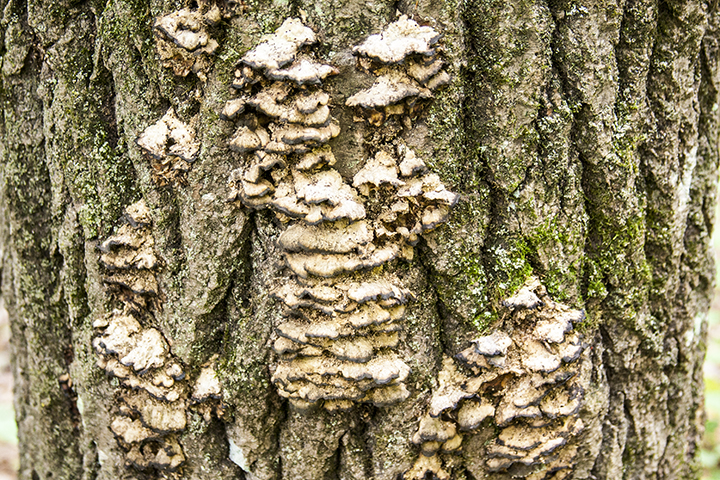 Smoky Polypore (Bjerkandera adusta) is a widespread and fairly common bracket fungus. It is found in dense, overlapping rows or fused clusters on dead hardwoods. It is rarely found on conifers. It usually takes the form of bracket on the side of a tree or log but occasionally appears as a crust on the underside of a dead branch. It is found year-round but usually appears after fall rains.

The species name adjusta means scorched, and another common name for the mushroom is Scorched Bracket. This refers to the blackened margins on mature and older specimens, the most distinguishing feature of the mushroom when encountered in the field.

Smokey Polypore can easily be mistaken for other bracket fungi, including the much more common Turkey Tail. Smokey Polypore is distinguished by the weakly zoned upper surface in shades of gray and brown, the margins turning brown to black on mature and older specimens; and the gray underside of mature specimens.