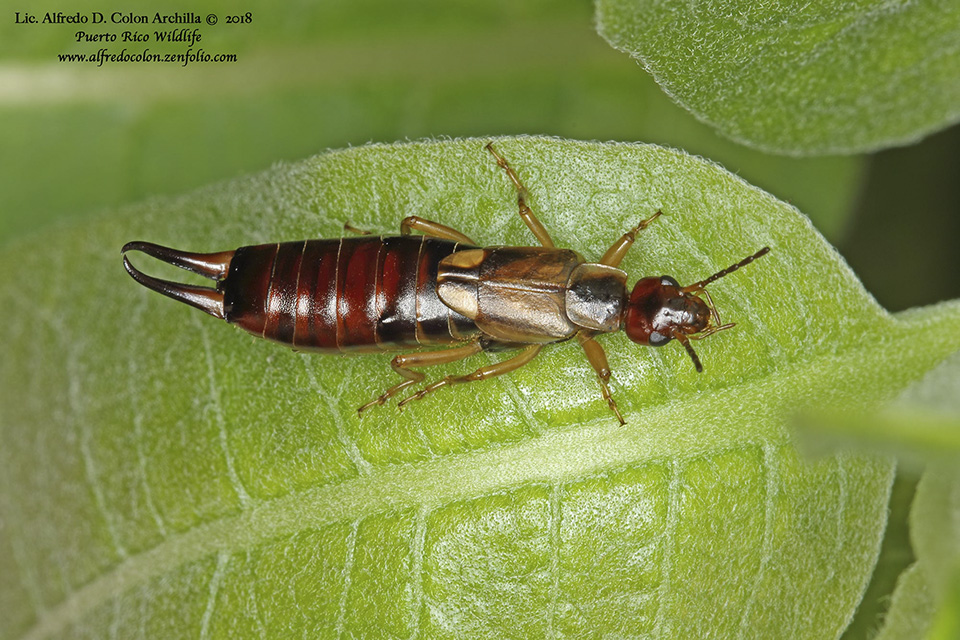 European earwig (Forficula auricularia) is native to Europe, western Asia, and North Africa. It was introduced into North America in 1907 or earlier and spread quickly, hitchhiking in vehicles and in shipments from other countries. It is now found across the continent and is the most abundant earwig in North America. Adults are omnivorous, feeding on live and dead small insects and on living and dead plant matter.

A common myth is that the name earwig refers to the insects crawling into the ears of sleeping human beings. In fact, it refers to the shape on the unfolded, semicircular hindwing, which vaguely resembles a human ear.

Earwigs are easily identified by the elongated body and long, forcep-like appendages at the end of the body. European earwig is distinguished by the brown coloration; antennae with 14 segments; and the second segment of the end part of each leg with a lobe at the end that is expanded both to the side and forward under the third segment.