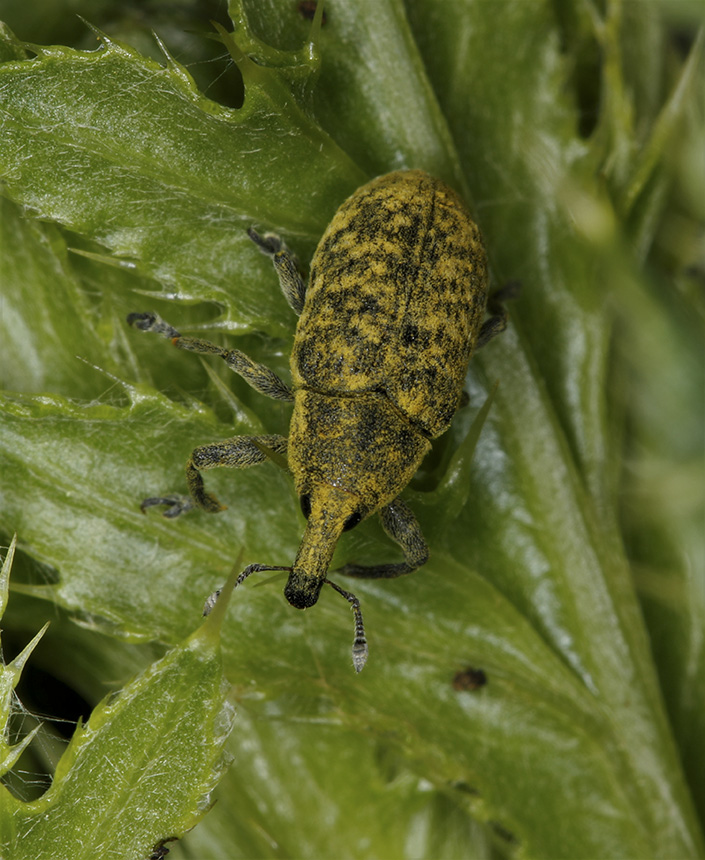 Rhubarb curculio (Lixus concavus) is a large, easily identified, true weevil. It is common from New Hampshire, south to North Carolina, and west to Utah. It is uncommon in the upper Midwest, including Minnesota. At up to ⅝″ in length and 3 ⁄16″ in width, it is one of the largest snout beetles in the United States.

Rhubarb curculio adults are active from mid-May to September. They are found on stalks and leaves of thistles, sunflowers, docks, and rhubarb. They are one of only two weevil species that attack rhubarb. They can be a pest to crops of these plants but they are easily controlled.