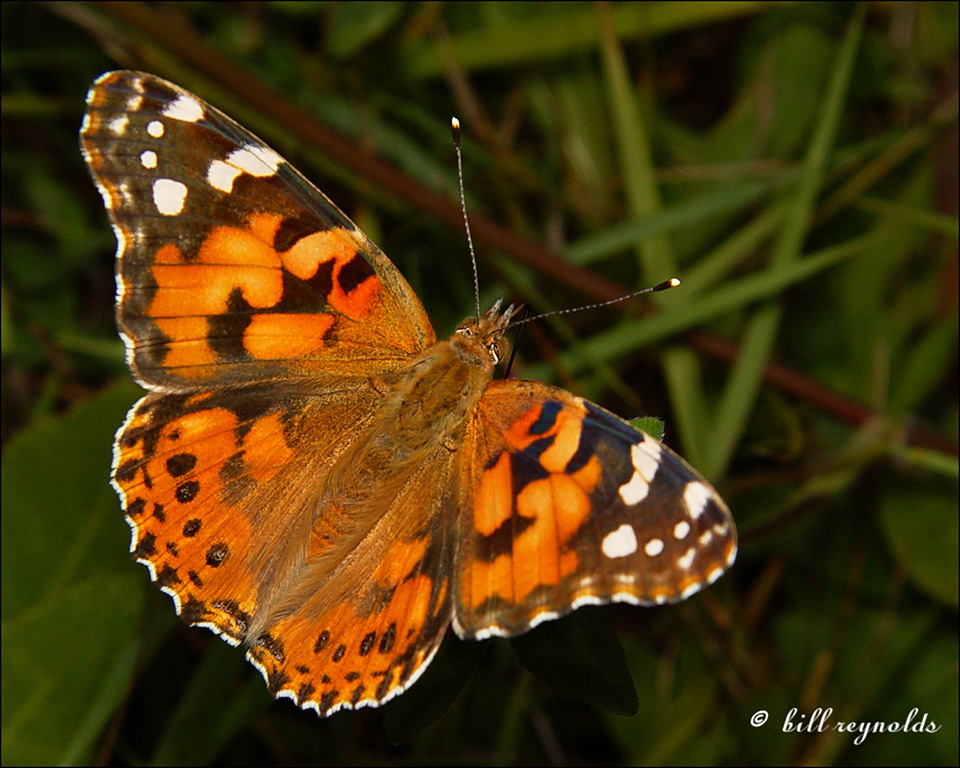 Minnesotans are seeing the huge influx of painted lady (Vanessa cardui) butterflies in the summer of 2017. Observers from the Twin Cities to Detroit Lakes and Pennington County have reported seeing “15 plus,” “dozens”, “lots and lots,” and “plentiful” painted lady butterflies this year. Lora in Corcoran reports them “swarming the soy bean field across the road.” Ruth in Big Stone County reports seeing “clouds of them.”

Painted ladies are both migratory and cyclic. They overwinter in the southwestern United States and in northern Mexico. They migrate north in the spring in most years, temporarily repopulating the United States and Canada. Some years they do not migrate at all. In years of much rain on the wintering grounds the northward migrations are enormous. They migrate south beginning in August and continuing through November. They are cyclic because some years their populations are large, some years small.

Painted lady butterflies are very similar in appearance to American Lady (Vanessa virginiensis) butterflies. Painted lady is less orange above. The large spot near the tip of the forewing is always white, never pale orange. The black band in the middle of the forewing creates an isolated orange spot. The dark spots on the hindwing are smaller, do not touch, and do not have blue centers. There are four eyespots on the underside of the hindwing.