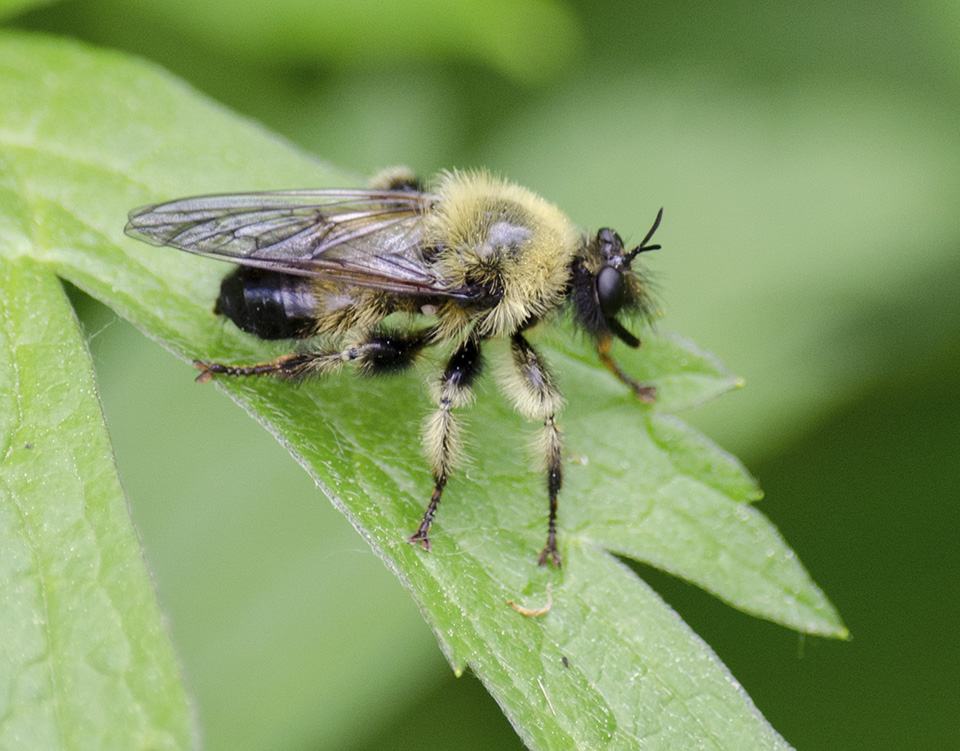 Bumble bee mimic robber fly (Laphria sacrator) is a short, robust, medium-sized, bee-like robber fly. It is fairly common in northeastern and north-central United States, including Minnesota. It has a stout thorax and a short abdomen, both partially covered with long yellow hairs making it resemble a bumble bee. It is one of the hairiest of the bee-like robber flies. Adults are ⅝″ to 1″ long.